This story is about the Friday song, by a girl named Rebecca Black. We have all thanked God when it was Friday, but not like Rebecca Black does, as in this video:

The lyrics to the Friday song by Rebecca Black go something like this:

7am, waking up in the morning
Gotta be fresh, gotta go downstairs
Gotta have my bowl, gotta have cereal
Seein’ everything, the time is goin’
Tickin’ on and on, everybody’s rushin’
Gotta get down to the bus stop
Gotta catch my bus, I see my friends (My friends)

Kickin’ in the front seat
Sittin’ in the back seat
Gotta make my mind up
Which seat can I take?

R-B, Rebecca Black
So chillin’ in the front seat (In the front seat)
In the back seat (In the back seat)
I’m drivin’, cruisin’ (Yeah, yeah)
Fast lanes, switchin’ lanes
Wit’ a car up on my side (Woo!)
(C’mon) Passin’ by is a school bus in front of me
Makes tick tock, tick tock, wanna scream
Check my time, it’s Friday, it’s a weekend
We gonna have fun, c’mon, c’mon, y’all 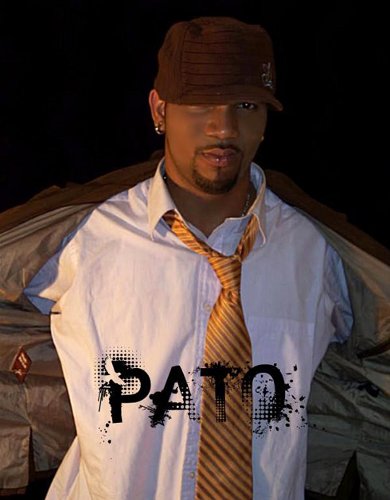 Who Is Rebecca Black?

Just a 13 year old from Anaheim Hills, California whose video has become a viral hit. (Anaheim Hills has an average annual household income of $127,298, and is where lots of rich musicians/ actors/ sports players/ senators/ businessmen live). Rebecca is an honor student and a big fan of young artists like Justin Bieber (there’s a life-sized cutout of Justin in her bedroom). A few years ago she started singing for Celebration USA, which is a non-profit organization that, according to their web site, seeks to “encourage young people to honor the principles of democracy, good citizenship, and patriotism.” 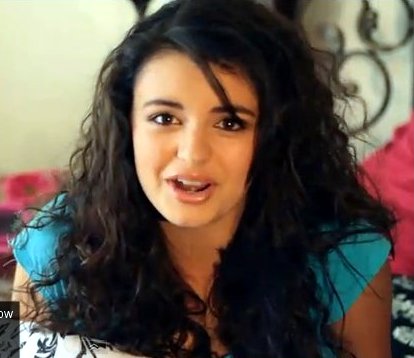 One of Rebecca Black’s friends (Alana Lee) had done a music video with a group called ARK Music Factory, based in Los Angeles. Ark Music Factory is a “vanity” record label. This means that, like vanity book publishers, the person authoring the work (singer or author) pays to get their work out there. So from the publisher’s point of view, their checks are written by the artist, not the consumers who buy the work. The main business of ARK Music Factory is to recruit new young singers. So Rebecca went on down to the studios and met ARK’s producers Patrice Wilson (“Pato!”) and Clarence Jey. They created a song called Friday

, and she got to sing it (with the help of Auto-Tune). The video for Friday was shot at her dad’s house over a period of 12 hours and her friends were used as actors. (This includes Benni Cinkle, another 13 year old from Anaheim who has her own website). For all this, Rebecca’s mom Georgina Kelly paid ARK $2,000, which got them 2 songs (pre-written), and part of the music video’s production.

The video for the Friday song picked up 47 million views as of last count (and climbing). Much to Rebecca Black’s dismay, people have been drawn to it as they would a horrible car accident. The Friday song has been considered in more than a few circles as “the worst song ever.” The current fad on the net is to make fun of it. However, some people have taken to the song as sort of a kitschy pop phenomenon where it’s clearly in the “so-bad-its-good” category. (Think of the song as the musical equivalent of Mega Shark vs Giant Octopus. In that regard, compare ARK Music Factory with The Asylum). Not all critics hated the tune – the standout example being Matthew Perpetua from Rolling Stone who says things like

“Black’s voice is totally bizarre. It’s not just the processing on her vocals – she has a peculiar tonality that inadvertently highlights the absurdity of boilerplate pop lyrics that may not seem as ridiculous if, say, Katy Perry was singing instead.
…When you see this video, you immediately notice everything that it does “wrong,” but it actually gets a lot of things about pop music right, if just by accident. “

Chris Brown and Simon Cowell both liked it, too. Cowell called it a “hair-dryer song”, in a reference to girls singing silly weekend ditties into their hair dryers while they are getting ready to go out.

Black has been horrified by the negative response to her video, but this might be an important lesson for young kids looking to get famous – haters gonna hate. And the internet, if nothing else, is full of haters. She shouldn’t worry too much, though: iTunes sales estimates show about $26,700 in royalties have been earned by Rebecca and Ark Music. The Friday song has appeared on the New Zealand singles chart and the Billboard Hot 100 chart.

Our opinion? The video and song is no worse than any of the other mainstream pop crap they put on the radio. The video’s production values do prove one thing – anybody can make a professional-looking video nowadays. For the right price, you can buy the right video software, editing software, Auto-Tune software, and generic lyric writer. (And the lyrics to the Friday song almost suggest that a software program could have written it!) Computers have brought us a long way!

ARK is run by Patrice Wilson and Clarence Jey. “Pato” Wilson is South African born, and was performing at an early age in school talent shows and churches. He moved to Europe at the age of 17 and began touring with Ibrahim Maiga (he’s big in Slovakia, look him up!). Pato was a model for labels like Calvin Klein and Gap, and was in a Snoop Dogg Movie

. He moved to the USA in 2001 and eventually hooked up with Clarence Jey, who was a jazz pianist and engineer who played in various bands and produced some music. Jey wrote songs for the cartoon Growing Up Creepie

, which were performed by Sam Lombardi. Now, the two of them take money from wealthy people so that their kids can have high self-esteem.

Watch this video of the Ark Music Factory launch party – complete with Little Nay Nay (who was rapping before she could talk!) and cool scratchin’ !

Sources for this article include: Starcasm, Wikipedia

Next up for ARK: Alana Lee.