Drexciya was a Detroit techno/electro/ambient group from Detroit, Michigan, consisting of the late James Stinson and Gerald Donald.

Drexciya’s sound is centered around the TR-808, with bass, melodies, and synth textures ebbing and flowing in time. Anecdotes suggest that Stinson and Donald recorded tracks while playing the instruments live, making use of analog equipment and sequencing methods. Drexciya combined a faceless, underground, anti-mainstream media stance with mythological, sci-fi narratives. James Stinson and Gerald Donald remained hidden behind their alias for much of the group’s existence, communicating a complex personal mythology of a “Drexciyan” race of underwater dwellers (see below).

Their name referred to a myth comparable to Plato’s myth of Atlantis, which the group revealed in the sleeve notes to their 1997 album The Quest

. “Drexciya” was an underwater country populated by the unborn children of pregnant African women thrown off of slave ships that had adapted to breathe underwater in their mother’s wombs. Within this fiction, their music was imagined as a “dimensional jumphole” between their black African roots and the contemporary USA. 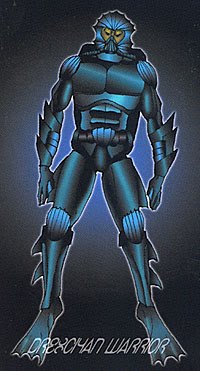 Unfortunately, James Stinson died in September 2002 of a heart condition. Gerald Donald continues to produce under other names. 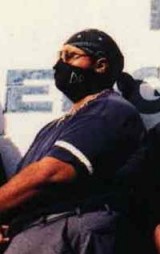 Note: this is only a partial list. The complete discography can be found at Discogs