Eddy Grant (Born March 5, 1948) is a musician from Plaisance, Guyana. When he was still a young boy, his parents emigrated to London, UK. He had his first Number One hit in 1968, when he was the lead guitarist and main songwriter of The Equals

. The group was unique in being the first of Britain’s multi-racial bands to receive any recognition. 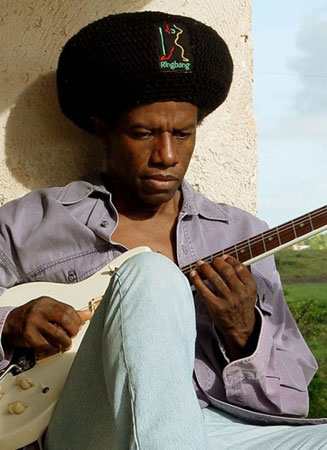 On New Year’s day in 1971, Grant, only 23 years old, suffered a heart attack and a collapsed lung. It had been attributed to Grant’s hectic schedule and not smoking, drink, or drugs. This event caused Grant to quit The Equals – he would then open up his own recording studio and launch a label (Ice). It wasn’t until 1977 when Grant finally released his own album, Message Man

“Hello Africa,” featured a sound that the media hadn’t even invented a word for yet. Grant dubbed it “kaisoul,” an amalgamation of kaiso (the traditional word for calypso) and soul. Caribbean legend Lord Shorty, the acknowledged inventor of this new crossover hybrid, labeled it solka. Neither term stuck, however, once the Trinidad and Tobago press came up with their own label: soca. But regardless of what it was called, the style was just one of many hybrids that Grant was entertaining. Message Man may have proved a commercial failure, but that didn’t dim the artist’s vision for one second.

1979 saw the release of Walking on Sunshine

, which featured “Living on the Frontline,” a dancefloor and U.K. chart hit.

You might also recognize the single Walking on Sunshine, which would be covered later on by Rocker’s Revenge (featuring Donnie Calvin), reaching number one in the USA dance charts in September 1982. Here’s the original:

1980 saw the release of Love in Exile

, which also did not show up on the chart, but that would all change when 1981’s Can’t Get Enough

After the live album Live at Notting Hill

, In 1982, Grant released Killer on the Rampage

, which landed at #10 on the British and American charts. The album spun off “I Don’t Wanna Dance,” which topped the chart in the U.K., spending 3 weeks at #1 in the UK singles chart.

“Electric Avenue” was both a UK and U.S. number 2 in 1983, selling over a million copies. It is one of his most popular songs. 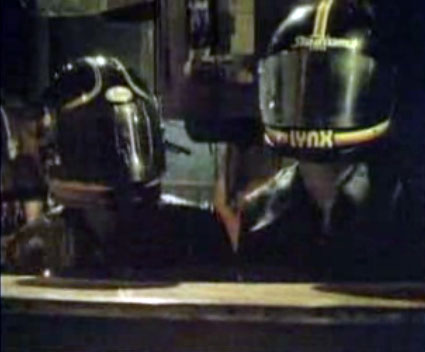 In 1984 Grant had a minor hit single in the U.S. with his original song written to accompany the Michael Douglas and Kathleen Turner film, Romancing the Stone

. (Despite being commissioned by the film’s producers, all but the guitar solo would be cut from the film during its final edit. The song did not appear on its soundtrack.)

Grant would never reach that kind of success since. 1987’s Born Tuff

were passed over by the record-buying public. However, Grant had one more top 10 hit on British charts with “Gimme Hope Jo’anna,” (from the 1990 album Barefoot Soldier

. For the past few years, Grant has been living in Barbados.