Sad news – a member of the old skool group Newcleus has passed away. From Boing Boing:

Bob “Chilly B” Crafton, founding member of the influential 80’s electro/hip-hop band Newcleus, passed away this week from complications associated with a stroke. He died at age 47. The stroke had left him brain dead and in a coma. On Tuesday, February 23rd the decision was made to remove him from life support and he passed on not long after.

Chilly B’s signature moments were his classic verse from “Jam On It”, his funky bass guitar licks from “Jam On Revenge”, and his booming deep vocal and synthesizer solo from “Computer Age (Push The Button)”. 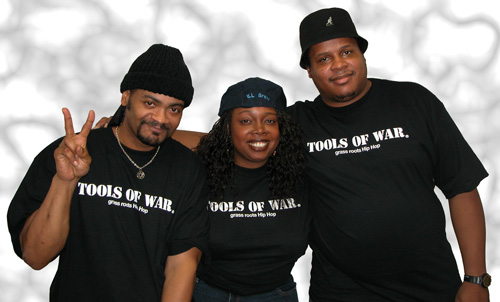 In 1976, teens Ben “Cozmo D” Cenac, his cousins Monique and Pete Angevin, and his friend David “Dr. Freeze” St. Louis formed Jam-On Productions in Brooklyn. By 1979, the group’s members included Cenac, Yvette “Lady E” Cook (who would later marry Cozmo D), and Bob “Chilly B” Crafton (who would later marry Monique Angevin). In 1981 they changed their name to Newcleus.

The “munchkin” sped-up vocal effects were a favorite of the block parties that Newcleus played at; it would end up on the tune Jam-On Revenge in 1983 (Mayhew Records and Sunnyview Records).

Newcleus have released numerous old school and electro classics. Here are a few:

Newcleus – Jam on It

Their most famous tune: