Eastern Lightning (aka Dongfang Shandian aka Church of Almighty God) is a doomsday cult based in China. Founded in 1989 by a man named Zhao Weishan, it is an offshoot of Christianity which is said to have as many as 1 million members. Authorities in China have called Eastern Lightining an “evil cult” that is a “social cancer and a plague on humankind.” 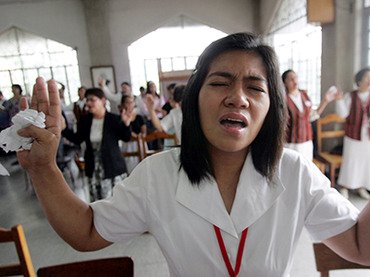 Zhao Wei Shan was formerly a member of The Shouters, another cult offshoot of Christianity that was founded in the 1960s (and banned by the Chinese government in 1983). He broke away from them, starting a new group called the “Church of the Everlasting Foundation.” At some point, he met a woman from the central Henan province called Deng. He eventually came to believe that Deng was actually Christ returning as a woman. Calling her The Almighty God, Zhao and Deng formed The Church of the True God, which later became the Eastern Lightning (and Deng was now referred to as Lightning Deng). (They seem to change their names so much you’d think something shady was going on.)

Eastern Lightning considers Deng the third incarnation of God, the first being Jehova (Old Testament) and the second Jesus (New Testament). They have a book called Lightning from the Orient, which further explains the female Christ’s purpose, which includes defeating the Devil. They use extreme methods to get converts, including kidnapping, torturing, and brainwashing.

Eastern Lightning is a doomsday cult, believing that the world will end on December 21, 2012, which happens to coincide with the end of the current Mayan calendar. This “Church of Almighty God” has spread quickly, and some people have capitalized on it by creating and selling special “arks” that will allow people to survive Armageddon. (Most likely inspired by the Hollywood movie 2012 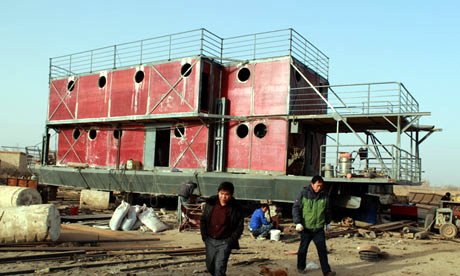 The Chinese authorities have been arresting Eastern Lightning members for spreading rumors about the end-times. About 1,000 members have been arrested as of December 20, 2012. It also doesn’t help that the group predicts the fall of the Communist party during the last days (“the Great Red Dragon”).

Zhao Weishan fled to the United States in 2001 and successfully sought asylum. As for the whereabouts of the female Christ, nobody seems to know where Lightning Deng is. It is said that she has never been photographed, and is constantly in hiding. At this point, one might wonder if she ever existed at all.