Welcome to our list of the top 10 Conjoined twins in human history. Conjoined Twins are identical twins whose bodies are joined together in utero (in the uterus, in the womb, etc). These types of twins are extremely rare – estimated on the high end to be about 1 in 50,000 births. Only about 1/4 of conjoined twins survive their birth. Conjoined twins are also called Siamese twins, the name coming from the country of Siam, which we know today as Thailand. 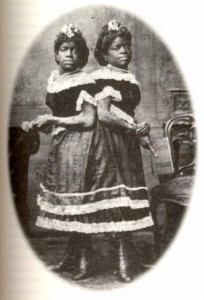 Also known as The Two-Headed Nightingale, The Caroline Twins, and The Eighth Wonder of the World, the McCoy sisters were Americans borned to slaves in the year 1851. They were the “property” of showman Joseph Smith, who taught them to speak multiple languages, dance, and sing. They were with Barnum’s circus for awhile, and died in 1912 of tuberculosis. 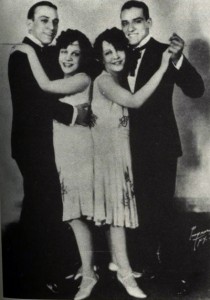 The Hilton sisters were real life freaks who did sideshows, exploitation films, and even had multiple scandalous affairs. But enough about Paris and Nicky Hilton. The other Hilton sisters – Daisy and Violet – also did sideshows and had affairs, but their journey into vaudeville and exploitation was because they were born joined at the hips and buttocks. Fused at the pelvis, these conjoined twins fortunately shared no major organs. They were tapdancers who were trained in jazz; they started The Hilton Sisters Revue on the vaudeville circuit. They even starred in the famous 1932 movie Freaks

and the 1951 exploitation flick Chained for Life

. They died in 1969 from Hong Kong flu – Daisy first, then Violet a few days later. They are buried in North Carolina. 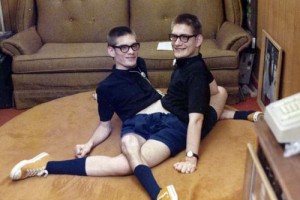 Born in Dayton, Ohio in 1951, the Galyon brothers are joined from sternum to groin. The Guinness Book of World Records lists them as the oldest living set of conjoined twins in the world. Currently retired from their sideshow life, the Galyons have made TV appearances, including some documentaries and a reality show on TLC. 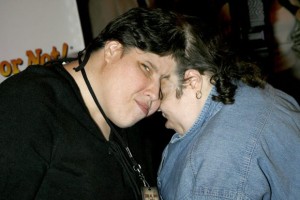 Born in 1961 in Pennsylvania, Dori and Lori Schappell are joined at the head (called “craniopagus conjoined twins”). They are known to have very different personalities. Dori never liked the idea of their names rhyming with each other – she changed it to Reba for awhile. Then a few years ago, she changed it again to George. “George” has growth problems in her lower body and cannot move around much. Because of their differing heights, George has a special wheelchair. She is a member of the Church of Jesus Christ of Latter-day Saints (Lori isn’t). George is also a country singer, while Lori is a successful bowler. They have done numerous TV documentaries, appearances on the Howard Stern show, and were featured at the Ripley’s Odditorium opening in New York City. 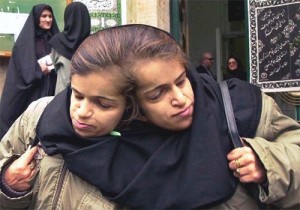 The Bijani sisters were born in Iran in 1974. They became lawyers by studying at Tehran University (even though Laleh wanted to go into journalism). As they grew older their interests diverged, and Ladan had the more outgoing personality. Because of this, the Bijani sisters wanted more than anything to be separated, even though the procedure would be extremely risky due to the fact that they were joined at the head. After being turned down by German doctors in the 90s, they convinced doctors in Singapore to give it a try in 2003, who were accompanied by 28 surgeons and staff in the hundreds. However, their brains were fused and a major vein was shared between them, leading to complications during separation and their deaths soon after. The sisters willed their property to blind and orphaned children. 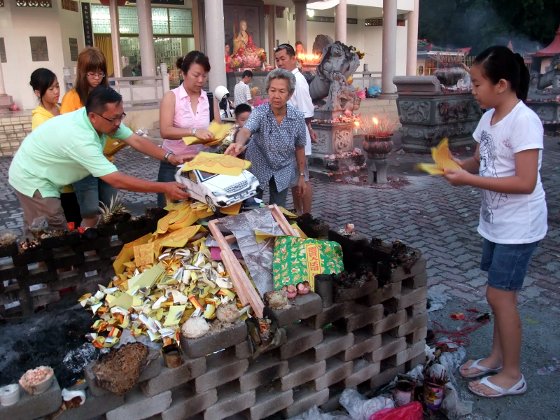 George Schappell is transgender and uses he/him/his pronouns and it’s pretty disrespectful to ignore that. Especially on a website that seems to highlight the uniqueness and variety of people, the fact that one twin is transgender would add to the WOW factor, don’t you think?

I totally agree with you. Reading that part made me cringe. Reading the quotes around his name like it wasn’t really his name was horrible to read. Especially not recognizing the fact that he is transgender and he should be recognized as what he identifies as regardless of your beliefs on the subject. He may have been born a girl, which is his sex, but he is transgender, meaning his gender is not the same as his sex. His sex is female. His gender is male. People need to learn the difference between the two.

People need to see a psychologist, those commenting poor pitiful transgender need to see one too.

I agree…political correctness is social fascism. I refuse to indulge fantasies and/or mental illness.