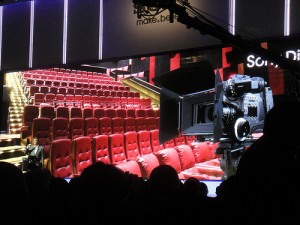 Can you imagine pouring $225 – $250 million into a film…and then having it flop? To make you feel a bit better about your own investment choices, we present to you a few of the biggest box office fails.

John Carter
With Andrew Stanton directing, hopes were high for John Carter. Stanton had previously found great success with Wall-E and Finding Nemo, but he didn’t transfer well to live action. Marketing disputes between Stanton and Disney heralded what was to come, but no-one could have been expecting a $200 million loss. More surprising is how quickly Disney has replicated the experience.

Blade Runner
Directed by Ridley Scott and starring Harrison Ford must have sounded like great advertising following Alien and Star Wars. Today it’s considered a fine addition to your movie collection, with new DVD releases keeping it in the public eye. Unfortunately Blade Runner was released against The Thing, Star Trek II, and ET. Critical response at the time was also mixed, and it made a $1 million loss. Thankfully saved by home video and a succession of new DVD releases, many feel, Blade Runner’s now considered a modern classic.

The Lone Ranger
Another big Disney film with a budget of $225 – $250 million, The Lone Ranger is going the same way as John Carter. The Lone Ranger reunites The Pirates of the Caribbean duo of director Gore Verbinski and actor Johnny Depp. Despite this seemingly sure fire team, Disney’s predicting that the film will register a $160–190 million loss. Early pre-release reviews were harsh, and Johnny Depp isn’t alone in blaming those reviews for the losses. Whatever the cause, only The 13th Warrior and Mars Needs Moms have lost more. Still, maybe next year Disney!

The Insider
Michael Mann’s 1999 dramatization of a tobacco industry whistleblower starred Russell Crowe. It also had a soundtrack by Lisa Gerrard, who along with Crowe went on to work on Gladiator. Disney was rightly proud of The Insider, but it made a $30 million loss. Young audience response was poor, probably not helped by its 157 minute running time. However, this is a DVD release you won’t be embarrassed to own.