We got our hands on a rather fascinating book called Body Art, which has eye opening pictures and stories about the world of tattoos, piercings, branding, scarification, and metal implants. The book, which comes from the creators of Bizarre Magazine (a British zine that celebrates alternative culture), has advice for first timers who want tattoos, piercings, or perhaps something more cutting edge. It has interviews with celebrity tattoo artists like Kat Von D, and other body modification specialists like Finland’s Samppa Von Cyborg.

As the introduction to Body Art states, technological improvements have allowed processes like scarification and branding to become more detailed and refined. The book celebrates the evolving art-form and lifestyle surrounding body modification. The first chapter of the book covers a history of body art, the origins of which go back thousands of years (the inspection of mummies thousands of years old has revealed tattoos, for example). After a look at tribal cultures and the ubiquitous nature of tattoos in our modern society, the book interviews London tattoo artist David Tusk, who gives words of advice to those looking to get inked for the first time. There’s also an interview with Lucky Diamond Rich, a New Zealander who happens to be the world’s most tattooed man. His entire body is covered in 7 layers of ink! 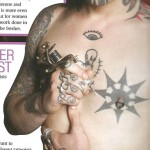 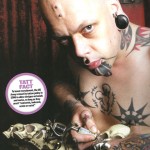 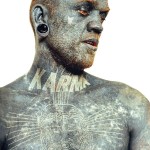 From here on the book gets more daring and covers cutting edge body mod topics, like subdermal implants. A talk with body mod expert Steve Haworth is enlightening; one procedure he does that is popular is to create a strip of metal implants along the center of the head – it’s something called a Metal Mohawk. Finnish performance artist Samppa Von Cyborg is also interviewed – he talks alot about 3D body modification and his own subdermal implants, which include arm and chest implants, his own metal Mohawk, and even subdermals in his, uh, private areas.

Kat Von D, the famous tattoo artist, TV personality, and model, is also interviewed. She talks about her upbringing, her time with the show Miami Ink

, and surprisingly tells her interviewers that she doesn’t particularly enjoy the process of getting inked (“I’m not good with pain.”) 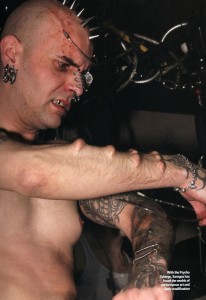 Things get more hardcore now, as Body Art covers the topic of scarification, which comes in two flavors – line-cutting and skin-removal. These are done with a surgical scalpel. It’s not for the faint hearted. 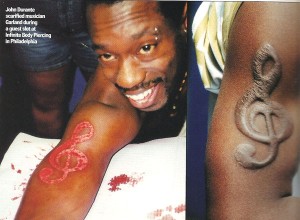 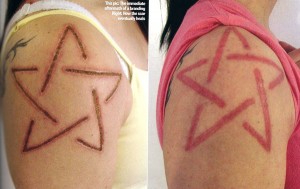 If you want to get freaked out, take a look at photos of Pauly Unstoppable, who has used his piercings to actually stretch certain body parts to unbelievable lengths. His earlobes and nostrils are quite … hole-y.

The rest of Body Art is dedicated to various photos of interesting tattoos taken of different people, some more pics and interviews with people like The Enigma, Lucifire (she has a “flesh corset”), and Prince “John” Albert; there are also plenty of pics of tattooed models, in various states of undress. (Body Art is not a book for kids, but kids will probably flock to it, you know kids!) 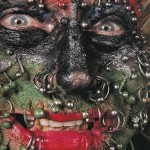 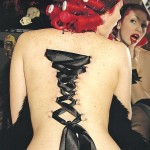 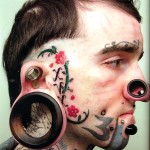 Finally, the book talks about some more interesting, cutting edge methods of body art, including eyeball jewellery, subdermal microchips, and invisible ink. It’s a great overview of a fascinating lifestyle.

The publisher of Body Art

How To Get Money From Old Possessions