There’s a TV station in Kabul called TOLO TV. It has shows and news like every other television station. But Afghan TV censors are hard workers – they want to make absolutely sure that females are dressed conservatively.

Unfortunately, since many shows from the West and Asia aren’t shy about showing female cleavage and a little leg, censors have to pay special attention, otherwise Afghans might be corrupted. 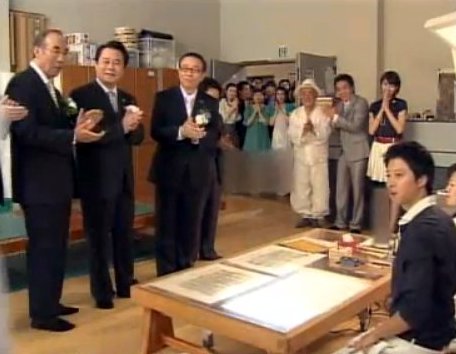 Take, for example, the Korean TV show Night After Night, also known as Every Night, starring Lee Dong Gun and Kim Sun Ah. Check out the Afghan TV version, which covers up certain female areas that are a little surprising.. then again, maybe not: 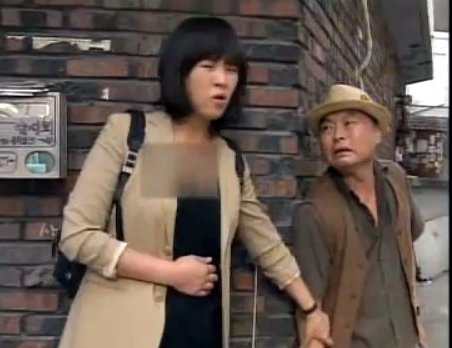 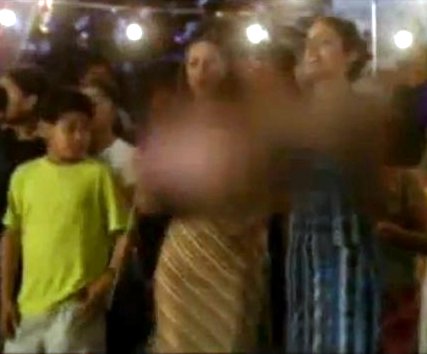 Even the kid is noticing strange soft-focusing.

Elsewhere on Afghan TV is the show called Eagle Four. TOLO TV describes the show as a “ground-breaking new series” that is “made in Afghanistan by Afghans”. Here’s the plot:

Despite the tireless reconstruction efforts of NATO and its Allies, [Post-Invasion Afghanistan] remains a Nation mired in lawlessness and instability. Corruption and collusion between the Government and Business is commonplace. A thriving underground economy exists encompassing gun running, drug smuggling, human trafficking and the illegal export of millions of dollars worth of Afghan antiquities. Major crime is flourishing, from Tribal Warlords using Poppy to fund their militia and arms purchases to kidnapping rings that snare Diplomats, Journalists, Western Contractors and wealthy, local Businessmen. 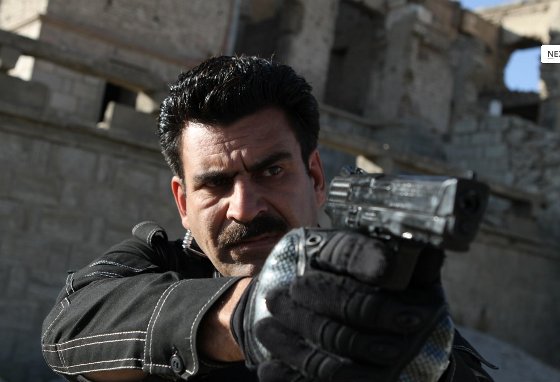 But amidst the chaos of war and insurgency, there exists an elite team working to combat the most dangerous criminal and security threats facing Afghanistan…Eagle Four. Foreign trained and boasting the brightest and best law enforcement Agents in the Country, Eagle Four is charged with the task of tracking down major criminals, at all levels of society, and bringing them to justice. Whether infiltrating a child suicide bomber recruiting ring or investigating a corrupt member of the Judiciary, Eagle Four promises to deliver thrilling and topical viewing.

Even though they say it’s made by Afghans, we sensed a bit of Western influence. It was confirmed when we found a story on NPR about the show.

Loosely inspired by American TV thrillers such as 24, the show has plenty of cartoonish action, but the people behind it, including financial support from the U.S. Embassy in Kabul, are hoping it also conveys a message. The show’s cast and crew say Eagle Four is designed to build trust and respect for the police in a country where many people see their police forces as corrupt, brutal and indifferent.

Trudi-Ann Tierney, one of several Australian TV veterans who helped produce the series, says that she and other team members aren’t allowed to talk about funding for the program, which is produced by an Afghan company, Tolo Television. U.S. Embassy spokeswoman Caitlin Hayden confirmed that the embassy provides funding for the program. “We see this as an opportunity not only to help support the Afghan media sector, but hopefully also encourage a dialogue among Afghans about the role of the police in society and their growing capabilities,” she said. Hayden refused to say what it is costing U.S. taxpayers to fund the 13 episodes of this season’s program.

TOLO television was created by the MOBY Group, which has its hands in media and technology. Moby Group is run by four Afghan-born brothers with the last name Mohseni, who became very successful living in Australia in the fields of business, finance, and law. The chairman is Saad Mohseni, who is kind of like Afghanistan’s Rupert Murdoch. When he returned to his homeland in 2002, the United States Agency for International Development (USAID) helped fund his radio and TV operations. NPR says that 10% of his budget goes to security, and that many Afghans think he is broadcasting immoral, offensive material. Imagine what might happen if they showed female cleavage and leg.

The Moby Group is also responsible for the very interesting Afghan Scene magazine. By the way, TOLO also shows episodes of 24