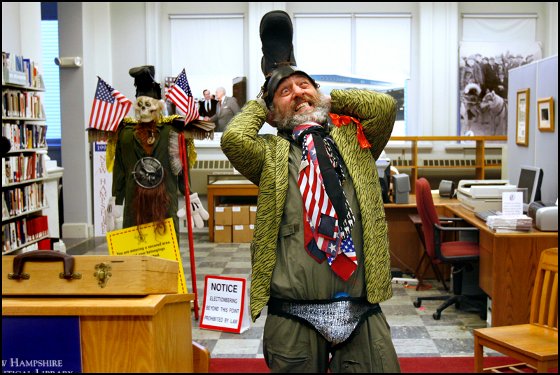 There’s this guy who calls himself Vermin Supreme and he’s running for president in 2012. We’d think he’d make a good President – sure, you got your Ron Paul fanatics, but Vermin Supreme trounced Ron Paul in a recent debate in New Hampshire. Well, ok, it wasn’t really a debate – Ron Paul was in a diner and Vermin was shouting through a bullhorn in the parking lot, but still:

Texas Rep. Ron Paul’s final full day of campaigning in New Hampshire got off to a bizarre start here Monday when he was met by a bullhorn-toting man with a rubber boot on his head who challenged him and President Obama to a “panty-wrestling match to decide it all.” “Ron Paul, Ron Paul, Ron Paul, Ron Paul,” Vermin purred into the bullhorn, playfully taunting the 12-term Texas congressman. “You are surrounded by the media. The media owns you now.”

Ron Paul made a quick getaway in his SUV, prompting Vermin to play the Chicken Dance through his bullhorn.

In Vermin Supreme’s own words:

“I’m a friendly fascist, a tyrant you can trust because I know what is best for you. I am challenging Obama and Ron Paul to a debate and an arm-wrestling match, leg-wrestling match and a panty-wrestling match to decide it all — the presidency of the United States.”

Vermin Supreme in 2012. The terrorist enemy gingivitis must be defeated. 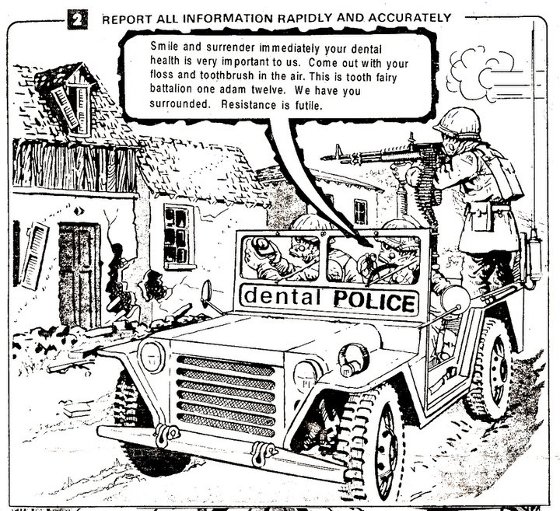