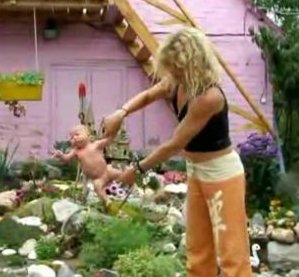 A video of a Russian woman flipping a baby around like she was twirling a baton got a lot of reaction, even from YouTube which shut the video down. It is said that the video is absolutely real and that the baby-flipping causes no threatening injuries to the child.

It’s something called Baby Yoga, and the woman – Lena Fokina – gave an interview with DadWagon about it.

… in a certain milieu of alterna-Russians, the parents who do [baby yoga] are sort of like Slavic Tiger Mothers: hyperinvolved parents who want to give their child a leg up in life.
The baby is a girl named Platona Goryun, who lives in Khorol, Ukraine. Platona is, by all appearances, a healthy toddler, albeit one who still gets swung in the air quite a bit. 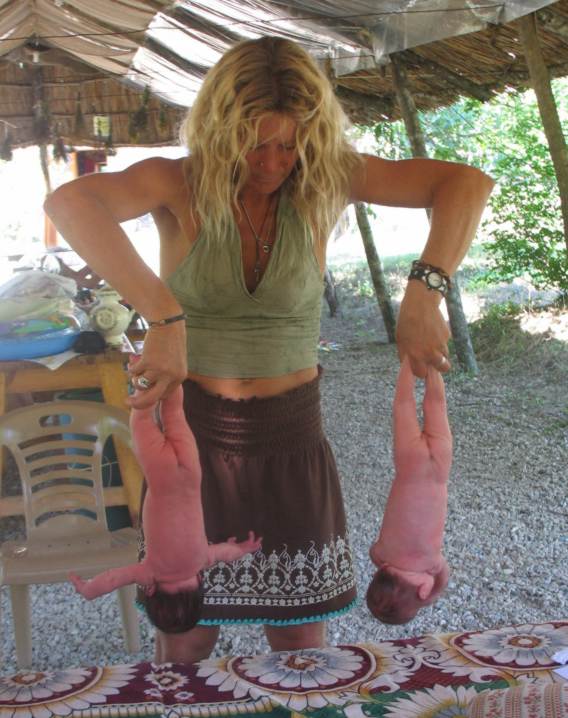 Lena Fokina, speaking from Egypt, runs courses there for kids and adults, including yoga, extreme developmental gymnastics, freediving, rebirthing, etc. She had this to say about Baby Yoga / baby-swinging / what-have-you:

The interview closes out with the editor wondering if Baby Yoga would take in the states. (it wouldn’t).

Thanks to Boing Boing for the story. 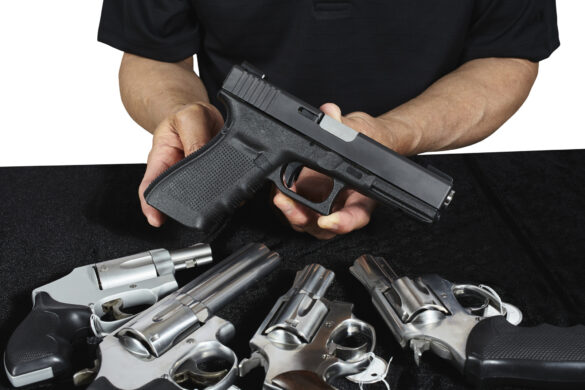