Kim Kardashian, sponsored by De Beers, went with Reggie Bush to Africa, where they went on tours around Botswana (visiting Debswana’s Jwaneng Mine and Diamond Trading Company Botswana). 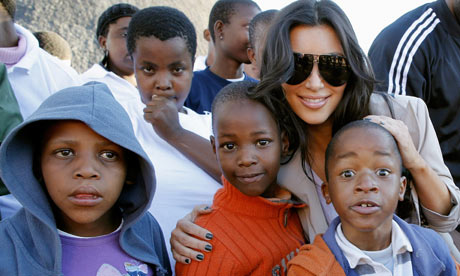 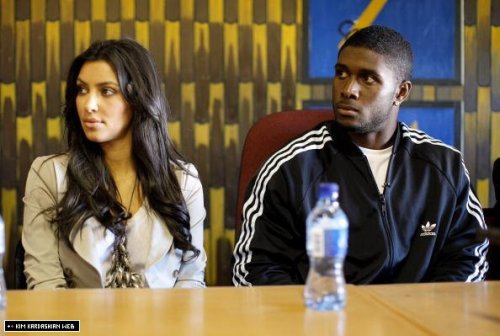 You get the idea. The De Beers-assisted humanitarian mission is called the Diamond Empowerment Fund tour of Africa. DEF was founded by US Hip Hop millionaire, Russell Simmons, who visited Botswana in 2006 at the invitation of De Beers, with the mission to “raise money to support education initiatives that develop and empower economically disadvantaged people in African nations where diamonds are a natural resource.”

If this sounds familiar, it’s because in 2006 “Uncle Rush” got put on blast by various rights groups over the whole “diamond” thing.

. Simmons defended his nine-day trip to South Africa, Botswana and Mozambique, saying he was concerned that too much attention was being placed on the illicit “conflict diamonds” that are the focus of “Blood Diamond.” So-called conflict diamonds, or blood diamonds, are mined in war zones and sold illicitly to fund war, insurgencies and human rights abuse. The film, starring Leonardo DiCaprio, shows the role of diamonds in Sierra Leone’s civil war in the 1990s. “Russell Simmons is being played by the industry. It’s another diamond industry publicity stunt,” Alex Yearsley, a Global Witness conflict diamond specialist, said. “We would suggest that’s out of a guilty conscience.” 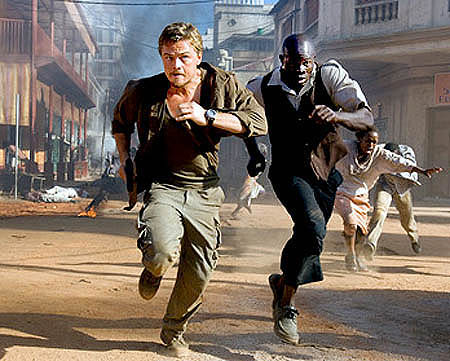 Running away from Kim

Simmons said his tour of Botswana’s Jwaneng mine, the world’s richest mine in terms of value, was a bid to show the world how some African nations are benefiting from diamonds. The world’s biggest diamond producer, De Beers, is half owner of Jwaneng mine. To deflect a possible backlash from the film, the World Diamond Council trade group unveiled a campaign in September to counteract any negative publicity stemming from the movie. “Please cut us some slack,” De Beers Botswana Chief Executive Sheila Khama said at the news briefing with Simmons. ”A lot of good has happened in Botswana because of diamonds.” U.S. consumers buy about half of the world’s diamonds. 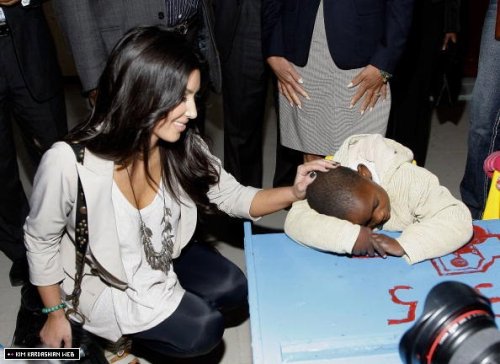 Kim heals a boy with the touch of her hand.

All this diamond-pushing business will be moot anyway, as soon as they start making them in labs.