Today we take a brief look at 7 superhumans – seven people who push their bodies to the limits. 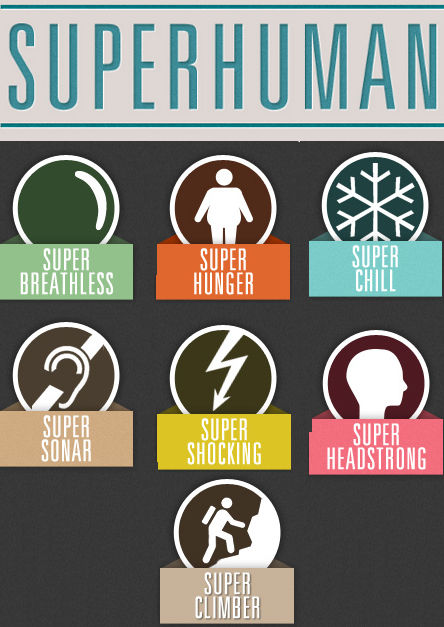 Alain Robert
Origin: France
Superpower: Robert is a rock climber who is known as the French Spider-Man. He’s also called The Human Spider. Robert scales skyscrapers like the Wiffel Tower and the Petronas Twin Towers – and he does it without safety gear! (Well, most of the time). He has climbed about 85 man made structures all over the world, using his bare hands and some climbing shoes. Since what Alain Robert does is so dangerous, authorities usually won’t allow him to do it, so he does it unannounced, and usually ends up arrested. On March 28, 2011, Robert scaled the Burj Khalifa tower (located in Dubai, it’s currently the tallest building in the world) in 6 hours, but he had to use a harness this time. (We won’t hold it against him). 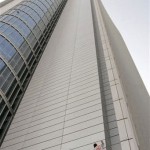 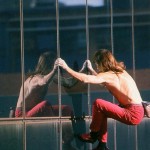 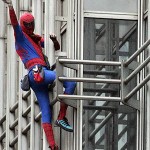 Joey Chestnut
Origin: Vallejo, California
Superpower: Joey Chestnut, a 218 pound engineering student, is currently ranked 1st in the world of competitive eating. In 2007, he won the 92nd Annual Nathan’s Hot Dog eating contest by eating 66 hot dogs (including the buns) in 12 minutes, setting a new world record and beating 6 time champion Takeru Kobayashi. Since that time, Kobayashi has tried to beat him, but unsuccessfully so far. Chestnut reached a new record in 2009, eating 68 hot dogs. Joey has consumed other types of food like: 182 chicken wings in a half hour, 78 matzo balls in 8 minutes, etc. We hope he has plenty of Tums. 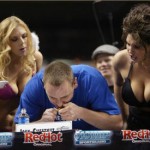 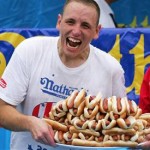 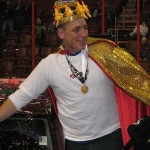 Wim Hof
Origin: Netherlands
Superpower: Wim Hof is also known as the Iceman for his ability to withstand extreme cold. He holds at least 18 world records, mostly related to ice or coldness. He can immerse himself in ice for over an hour and 44 minutes. In 2009, Hof climbed Mount Kilimanjaro in his shorts, and did a full marathon in Northern Finland (where temperatures were about -4 degrees F) wearing nothing but shorts. 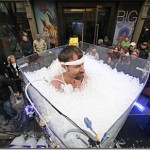 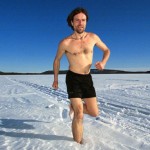 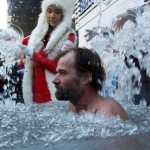 Juan Ruiz
Origin: Los Angeles, California
Superpower: Echolocation. Bats use sound to see – it’s a form of biological sonar called echolocation. When superhumans like Juan Ruiz do it, it’s called Human echolocation – making clicking noises with the mouth and interpreting the sound waves reflected by nearby objects in order to navigate the environment. This method lets Ruiz, who is blind, do amazing things like ride a bike down the street. (In this way he’s like Daredevil).

John Ferraro
Origin: Boston, Massachusetts
Superpower: Ferraro has a skull so thick that it can withstand the blow of a sledgehammer. He can break a cinderblock by placing it on his head and having somebody drop a bowling ball on it. Ferraro is also known as Gino Martino, the wrestler. Watch this video where he hammers a nail into a block of wood… with his forehead.

Rajmohan Nair
Origin: India
Superpower: Called the “Electric Man” or “Current Mohan”, Nair seems to be immune to electrocution. He can use his own body as a conductor to power appliances. The video below suggests that Nair’s body is highly resistant, much more than any human. What he can do here is amazing. 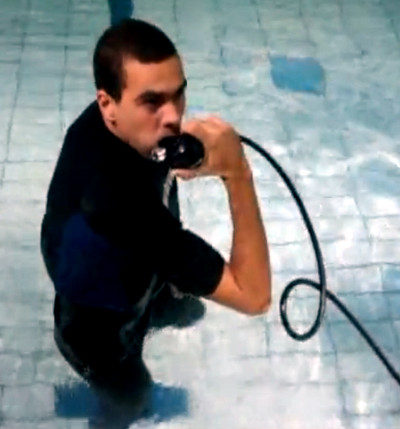 Thanks to Eastern Mountain Sports.