Michael Jackson passed away on Thursday, June 25th, 2009, from cardiac arrest. He was 50 years old.

CNN had reported that Jackson was in a coma:

Entertainer Michael Jackson is in a coma after being taken to a hospital on Thursday after suffering cardiac arrest, sources briefed on the situation told CNN. Brian Oxman, a Jackson family attorney, said he was told by brother Randy Jackson that Michael Jackson collapsed at his home in west Los Angeles Thursday morning. Family members were told of the situation and were either at the hospital or en route, Oxman said. Fire Capt. Steve Ruda told CNN a 911 call came in from a west Los Angeles residence at 12:21 p.m. Ruda said Jackson was treated and transferred to the UCLA Medical Center. At the medical center, every entrance to the emergency room was blocked by security guards. Even hospital staffers were not permitted to enter. A few people stood inside the waiting area, some of them crying. 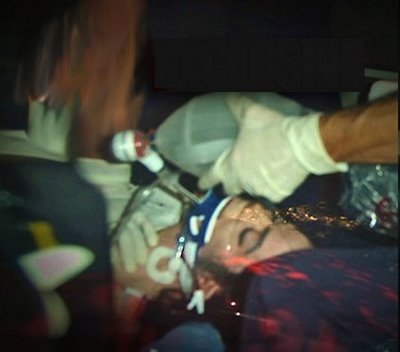 Jackson was pronounced dead by doctors in the afternoon.

Jackson, AKA The King of Pop, was the seventh of nine children in a well-known musical family.
He was survived by three children: Michael Joseph Jackson, Jr., Paris Michael Katherine Jackson and Prince “Blanket” Michael Jackson II.

Jackson’s public memorial service was held on July 7, 2009, at the Staples Center in Los Angeles, and was broadcast live around the world.

On August 28, 2009, the L.A. County Coroner declared Jackson’s death a homicide caused by the combination of drugs in his body, which included propofol, along with lorazepam and midazolam (two anti-anxiety benzodiazepines). 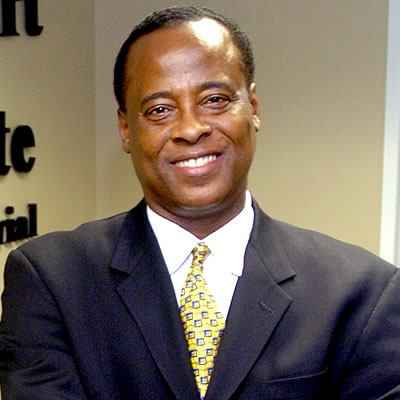 Jackson’s personal physician, Conrad Murray, pleaded not guilty to charges of involuntary manslaughter on February 8, 2010. He posted a $75,000 bail.

Jackson’s death triggered an outpouring of grief around the world, creating unprecedented surges of Internet traffic and causing sales of his music and that of the Jackson 5 to increase dramatically. 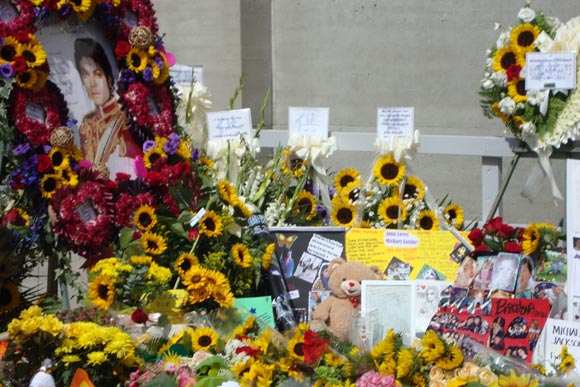 The memorial service for Michael Jackson was held in Los Angeles on July 7, 2009. The televised event attracted an audience in the United States almost as large as the one for President Reagan’s burial and Princess Diana’s funeral. He was buried in Glendale, California at Forest Lawn Memorial Park.

From MSNBC:
Following Jackson’s death, he became the best-selling artist of 2009 in the USA (over 8.2 million albums sold) and had sold 35 million albums worldwide in the following year.