The Texas Transportation Commission approved an 85 MPH speed limit on a 40 mile stretch of toll road between Austin and San Antonio. This would make the 85 mph speed limit the highest in the United States. 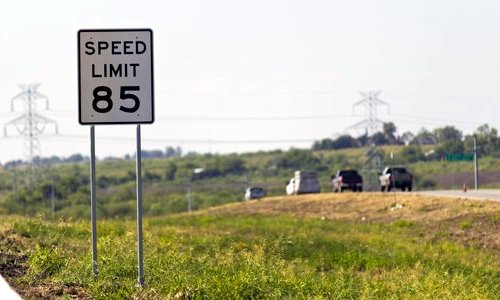 I can drive… eighty-five.

With the I-35 corridor becoming overcrowded, they have been looking for ways to relieve the pressure, as well as ways to generate more revenue. The new 85 MPH speed limit takes effect in November on a strip running from Austin to Sequin, TX. The new speed limit lets the state of Texas collect a higher up-front cash payment from the toll operater – in this case $100 million, up from $67 million.

While lots of drivers love it, some feel that the high speed limit will lead to more accidents and highway deaths. The agency, however, says tests have shown that 85 is a safe speed. The question is whether the new 85 mph speed limit will attract more drivers, or whether the cost of the tolls will still keep them away. 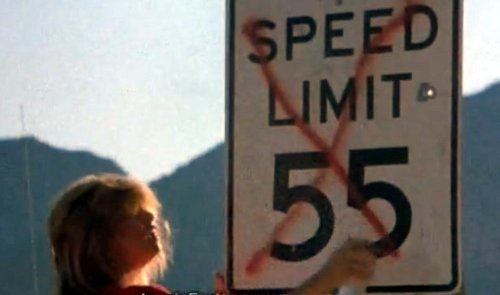 Speed Limits in the United States

The history of car culture in the United States is a huge topic. The love affair with the automobile helped determine transportation infrastructure. Dwight Eisenhower championed the creation of the Interstate Highway System, which was authorized in 1956 and completed by the beginning of the 1990s. The National Maximum Speed Law was instituted in 1974 as part of the Emergency Highway Energy Conservation Act (precipitated by the 1973 oil crisis). This law prohibited speeds of over 55 MPH. Motorists did not like this law, to say the least. The culture of the late 70s helped reflect this attitude (Cannonball Run