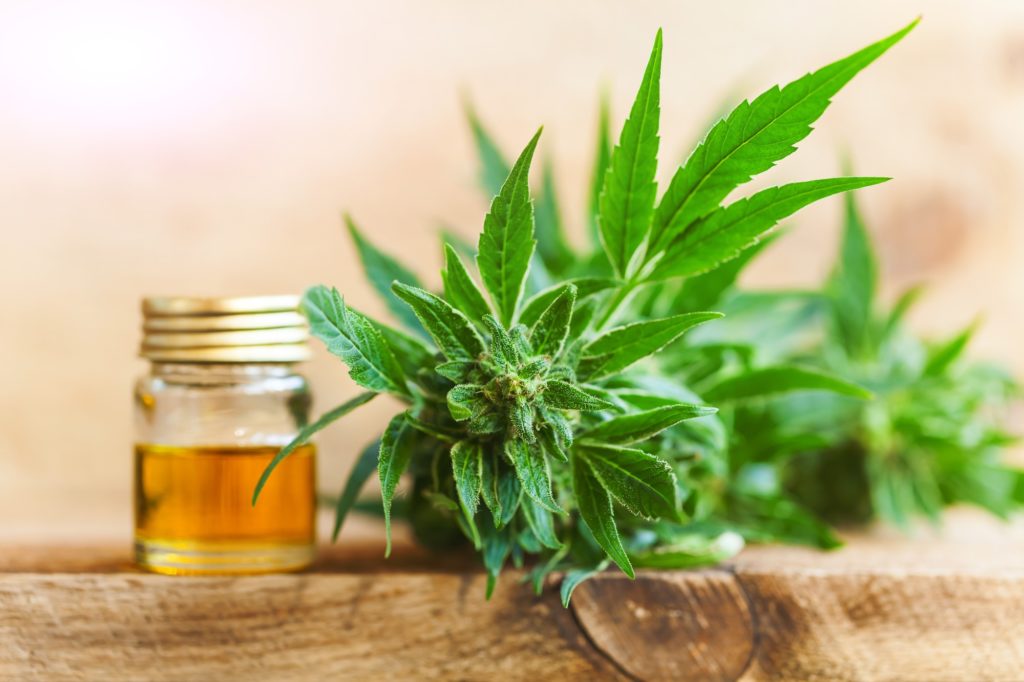 Are you completely confused about the differences between hemp vs. CBG vs. CBD vs. CBN, etc.?

Within this burgeoning marketplace, it can be really difficult to make sense of this new alphabet.

We’ll break down the basic differences between hemp oil and CBD oil here. Then we’ll dig even deeper into that other confusing jumble of letters.

Simply put, CBD oil is made from the leaves, flowers, and stalks of the hemp or marijuana plant. These are the parts where cannabidiol is found.

Hemp and marijuana are both considered cannabis plants. They’re just different varieties. Hemp plants contain a THC concentration of no more than 0.3%, while marijuana contains more than 0.3% THC.

Marijuana generally contains more resin than hemp, so the CBD content is higher. The hemp plants used for CBD extraction are known as Cannabis sativa L.

Isolate CBD oil does not contain THC, while other varieties may contain trace amounts. They all offer benefits.

Research on CBD has shown its effectiveness in relieving pain, stiffness, muscle spasms, and inflammation.

Because it has the potential to relieve anxiety and pain, it can also be an aid in helping people fall asleep.

Hemp oil is actually hemp seed oil. It comes purely from hemp seeds, and there is no CBD content.

This is where it gets confusing because the term hemp oil is frequently used to refer to the CBD-rich hemp oil product extracted from the leaves, flowers, and stems of the hemp plant. But that’s actually CBD oil.

Essential fatty acids like linoleic acid (omega-6) and alpha-linolenic acid (omega-3) provide many benefits for the body. They are particularly powerful in treating symptoms for eczema, including itching and dryness.

Hemp oil has been found to alleviate symptoms of PMS by reducing the effect of the hormone prolactin in the body.

It’s also a good source of gamma-linolenic acid (GLA). GLA can decrease the inflammation that occurs with menopause.

So now you know the difference between hemp seed oil and CBD oil. But what about all of the other cannabis compounds out there?

CBDA stands for cannabidiolic acid. It’s a cannabinoid produced by the stems, leaves, and flowers of some cannabis plants.

CBD is actually the end result of the acid being removed from CBDA through a process called decarboxylation.

Because decarboxylation requires heating or smoking cannabis varieties, CBDA is often considered the precursor to CBD.

As such, they share similar therapeutic effects. There have been far fewer studies conducted on CBDA than CBD. Right now, researchers are looking at it as a possible treatment for inflammation.

They are also conducting tests on the efficacy of CBDA for relieving nausea and vomiting that are side effects with chemotherapy in treating cancer.

While CBD comes from CBDA, the methods of consumption for the two are quite different.

CBDA is only present in raw hemp plants that haven’t been exposed to excessive sunlight or heat. Therefore, CBDA is usually extracted by juicing these plants.

From there, the juice containing the CBDA is often added to uncooked dishes or salads. But it can also be found in live resins and tinctures.

One compound of interest within the cannabinoid family is called cannabinol, or CBN.

As a cannabis plant ages, it begins to produce CBN naturally. But it’s also produced when THC is exposed to heat or oxygen.

Although it is derived from THC, it does not possess the psychoactive properties. In other words, you can’t get high from CBN alone.

CBN was the first cannabinoid isolated by scientists.

Within the endocannabinoid system, it does not appear to bind to receptors as effectively than many other cannabinoids.

Even so, researchers are looking at some unique properties within CBN that could be helpful in improving sleep.

Scientists have discovered that CBN can act as a powerful sedative. In fact, the effects are comparable to those of pharmaceuticals like diazepam.

CBN may also activate stem cells that stimulate bone tissue growth. This could make it potentially useful for the healing of fractures.

Studies continue to explore potential anti-inflammatory, analgesic, anticonvulsant, and antibiotic applications. Even so, CBN is not yet widely available as a supplement.

Molecularly speaking, cannabidivarin, better known as CBDV, is very similar to CBD. However, recent research points to CBDV as exceptionally unique and valuable in its potential to treat neurological disorders.

Studies on mice show that CBDV could potentially treat epilepsy and other neurological conditions.

Serving as an anticonvulsant and antiepileptic, CBDV could someday be a huge benefit to patients who suffer from epilepsy, Parkinson’s disease, and other conditions where seizures occur.

CBDV may not only work to reduce the duration and intensity of seizure, but it could potentially prevent them. Research is in its early stages, but one European pharmaceutical company is already working to patent the use of CBDV for the treatment of seizures.

Along with treating seizures, CBDV may also be as effective as an antiemetic. Like CBDA, it could be helpful in treating nausea that’s associated with chemotherapy.

It’s also showing to be a potential treatment to relieve symptoms of multiple sclerosis and Crohn’s disease.

Like CBD, CBC is derived from CBDA through exposure to heat or ultraviolet light. And it’s considered one of the most promising cannabinoids in recent medical research.

While there hasn’t been extensive research on CBC as of yet, scientists have discovered a variety of potential applications for it.

Within the endocannabinoid system, CBC binds most effectively to receptor types that are linked to the body’s perception of pain. This means that CBC could someday be used as an alternative to traditional painkillers like NSAIDs.

It could be especially effective in treating inflammatory conditions like osteoarthritis – particularly when used in combination with THC.

CBC may also inhibit the growth of cancer cells, making it a potential cancer fighter. And preliminary studies are looking to CBC as a possible treatment for acne since acne is often caused by inflammation at the sebaceous gland.

Another interesting distinction of CBC from other compounds is how well it works synergistically with other cannabinoids to provide even more effective treatments. This is known as the entourage effect.

Most strains of cannabis contain less than 1% of the cannabinoid cannabigerol or CBG. But that doesn’t make it any less promising when it comes to potential medical applications.

Very much like CBDA, when CBG is exposed to ultraviolet light or heat, it is broken down into CBD or THC. Thus, it’s considered a precursor to both of these compounds.

Given the numerous benefits of the above compounds, you’re probably wondering What Are The Benefits of CBG?

CBG uniquely interacts with receptors in the endocannabinoid system in such a way to naturally increase dopamine levels. More dopamine release in the body improves sleep, mood, and appetite.

It is also believed that CBG obstructs GABA uptake in the brain and block serotonin receptors. That means it could be effective in treating anxiety and depression.

Although studies are still preliminary, this compound has been shown particularly effective at reducing the intraocular pressure associated with glaucoma.

As with CBC, CBG also has the potential to block the receptors that cause cancer cell growth. This makes it a possible new avenue of treatment for cancer patients.

Lab tests show that CBG can kill common MRSA microbes, as well as persistent cells that are especially resistant to antibiotics that cause repeat infection. It was also discovered that it is effective in topical applications at combating bacterial strains that are resistant to several classes of antibiotics.

Feeling Clearer on Hemp vs. CBG vs. CBD vs. All the Others?

Grasping the differences between these seemingly countless cannabis compounds can be overwhelming.

And as the industry continues to grow and more money is allocated to research, the amount of information will only increase.

For now, at least, you can go out into the world with this basic understanding of CBG vs. CBD vs. all the others.

You might even be able to start using some of these compounds for yourself!

And for more informative articles on your health, keep checking back with our wellness blog.