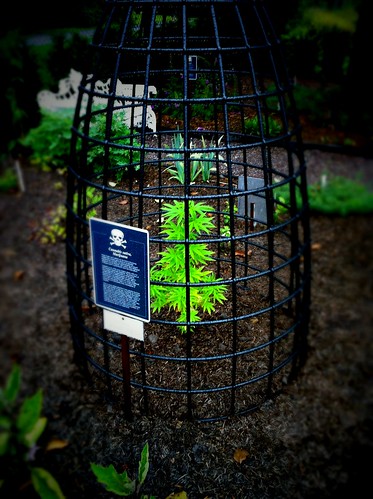 In a move that has been likened to the ending of Prohibition in the United States of America, Colorado has become the first state to legalize the use of marijuana recreationally at a federal level.

The drug’s use in America is well-documented and satirized in many TV shows and movies, but it has been banned for recreational use since 1906. Despite being a thriving industry since the 1600’s (even George Washington grew hemp), authorities banned the growing, selling and consumption of the plant. It is largely believed that this was to halt the production of hemp, from which cannabis grows. At the time, the uses of hemp were vast, for everything from clothing to building materials, and this posed a threat to the timber issues. The majority of Americans speculate that the health reasons used for banning cannabis were just an excuse, and the real reason was because timber typhoons had government connections and wanted to preserve their success.

The banning of cannabis under the 1906 Pure Food and Drug Act was in response to tighter restrictions and government controls on pharmaceuticals. Only 50 years previous, cannabis had been recognised as a “fashionable” drug, used for recreational use, similar to the same way alcohol was used.  “Hash-ish” Dens began to flourish, and were similar in style to their Eastern counterparts, “opium-dens”, both of which seem very similar to bars and pubs! The Poison Act of 1907 first targeted marijuana as a poison, and tightened control of the substances use in medicines. Ironically, it was the State of California who first imposed the law, and is now recognised as the state with the most relaxed attitude towards the drug.

However, making the drug illegal did not suddenly stop people’s interest in it and people continued to use it illegally. As a result, the United States government frequently issued anti-cannabis campaigns in schools and popular sources of media and entertainment (TV and Radio). The government began to propagate stories of marijuana as a mind altering drug that would permanently change the state of your mind. It attributed sexual crime, domestic violence, poor performance and attitude to abuse of the drug but this seemed to have very little impact on the population, who continued to use the drug despite the inherent dangers.

As drug use continued to be popular, laws regarding its usage were relaxed, only 60 years after all use if the drug was suspended. People very cleverly found a loophole to the idea of recreational drug usage, and that was drug use for medicine. Previously, there had been insignificant evidence and support to show that cannabis use could be beneficial (and the fact that it was marketed as a poison that would lead to violent crime). The first state to both legalize cannabis for medicinal uses on an individual basis, and decriminalize the drug, was California. What is the difference between the two? In certain states, cannabis may be used for valid medical reasons at a state level, but not a federal level. Possession of the drug for non-medical use is also legal in a number of states (known as decriminalization). Whilst it is legal to carry it for personal use at a state level, this law is over-ruled at a federal level.

So why the big deal about Colorado? Well, Colorado is now the first state to have cannabis legalized for personal use at both a state and federal level. While this is considered a success by many, it is not universal across the state yet. It also remains illegal to smoke the substance in public. This did not stop hordes of people queuing up when the shops opened this week, selling cannabis legally for the first time. It is expected that queues will die down once the excitement wears off, as reporters compare it to the reaction of a newly liquored USA at the end of prohibition.