The brilliant folks at Everything is Terrible found this promotional video for an central Florida retirement community (about 45 miles outside Orlando). It’s called The Villages of Orange Blossom Gardens, and it looks like hell on earth. Unless you’re grandma or grandpa’s age. Then it’s absolute heaven!

Shopping, golf, pool volleyball, golf. And Chi Chi Rodríguez will be there… always.

Oh… be sure to tell the grandparents to go easy on the foolin around. That’s because the Villages was having a bit of a problem with STD outbreaks within the last few years:

Doctors said sexually transmitted diseases among senior citizens are running rampant…A gynecologist at The Villages community near Orlando, Fla., said she treats more cases of herpes and the human papilloma virus in the retirement community than she did in the city of Miami.
“I have had a better dating life since I have been here than I have ever had,” Franklin said. “I know there are things going around.” A doctor blamed Viagra, a lack of sex education and no risk for pregnancy for the spike in sexually transmitted diseases at The Villages. 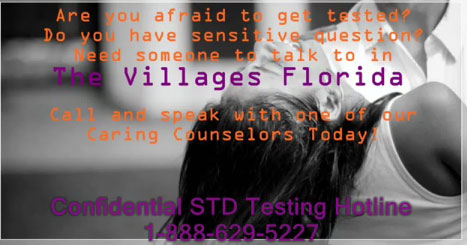 The president and CEO of The Villages is Mark Morse. Morse also owns the M-Square ranch in Montana. Recently, he was busted, along with his wife MLissa (that’s how it’s spelled) and daughter Kelsea, for poaching. Kelsea pleaded guilty to hunting a bull elk and turkey in Montana without proper licenses. The big-game violations involved the Morse family along with employees and business partners. Felony poaching charges are still pending against Mark Morse, which include illegally killing a trophy mule deer buck, hunting elk without a valid license, killing a bull elk illegally, etc, etc. (Source: Orlando Sentinel)

In the Villages, you’re never too old to party: