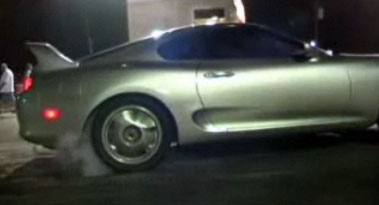 Apparently, in Orlando, FL, you can get ticketed for just watching a street race.

Check this story from Local 6:

About 70 people in Orange County were issued tickets for watching street racing over the weekend. Two Orange County sheriff’s deputies were also forced to use their guns to try to stop a street racer at one location.

When the officers arrived, the crowd scattered and a vehicle headed toward Ramsaroop. The officer was hit and injured. The deputy fired at the vehicle as it drove away.

Orange County Commissioner Linda Stewart said she is frustrated after a bill to fine street racers and give then some jail time failed last year. “The laws are not strong enough and they are not enabling enough for the police officers to come out and really enforce what needs to be done and that is to get to these street racers themselves.” The other half of the bill passed and now spectators can be fined for watching street racing.

Stewart said it is the spectators presence that fuels the racing in the first place. “If you care dearly about your car, don’t race on our public streets but race at Bithlow or where it is approved,” Stewart said.

That’s just fabulous. Fine the bystanders but not the people who are actually a threat to others on the road. Another brilliant example of the effectiveness of our Orange county leaders.

Apparently, Rocket Boulevard is a big problem. Last week a mom and her baby were killed there.

Perhaps, if our dear leaders want to discourage street racing, they shouldn’t name their roads Rocket Boulevard! Love the line about “going to Bithlow” though. I’m sure Bithlow approves.

I didn’t know this, but street racing seems to be a big thing here. Check out this video of an Orlando Supra Meet:

That Mama B’s subs place is down by SR 50 and Orange Ave. I guess they call it the “corner”. Even the Hogans show up there, LOL!