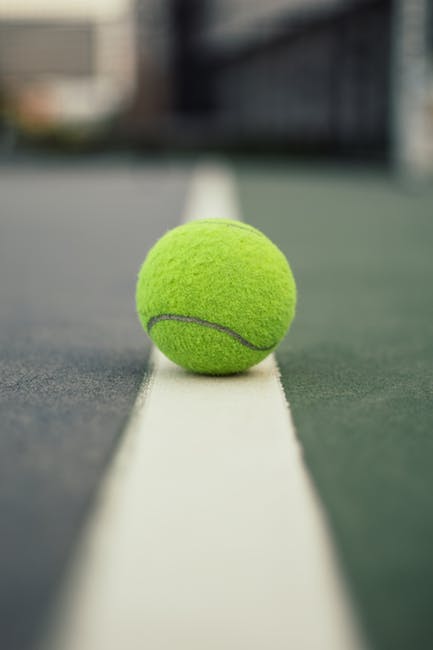 Who was Charlotte Cooper?

Back in the early 1900s, Charlotte became the first female Olympic champion, and she did it playing tennis! While most players would serve the ball underhand, Charlotte was known for throwing the ball up in the air and then hitting it. She also had a reputation for having an aggressive style of play, never missing an opportunity to strike!

If you’re looking to start playing tennis, or you want to understand your favorite player’s techniques, then this article for you! We’ll be reviewing common terms and phrases for on and off the court.

Read on to have the most important tennis terms explained!

Next, let’s review one of the most common terms used in a tennis game, groundstroke. When a player makes a backhand or forehand shot, after bouncing the ball once, it’s considered a groundstroke.

Typically groundstrokes are hit from the far back of the tennis court, right by the baseline. Learning how to master the kick serve makes it easier for players to perfect moves like the groundstroke.

When a server’s foot touches the baseline, it’s a foot fault. The foot has to touch the baseline during the serving motion. Specific judges watch the player’s feet so they can call foot faults whenever they occur. What’s not a foot fault?

It’s completely permissible for players to slightly move their feet when serving the ball. However, large movements are viewed as an unfair advantage to create new angles.

Now that you know a little bit about the court, and tennis terms, let’s review phrases that are popular in the tennis community. Need a phrase to pump yourself up to practice more? How about, “I am the only one who can beat me”. The popular tennis phrase reminds players that only they can push themselves to reach new heights.

Get in the Game

Now you know enough tennis terms to start watching, or playing the game like a pro. However, to cement this information into your mind, we have a challenge for you.

Write down all of the court locations, such as baseline and service line. Next, look at a photo of a tennis court and see how many different areas on the court you can identify.

The more comfortable you are with understanding the tennis court, the easier it’ll be for you to keep learning about the game. For more tips like these, read another article.

A Complete List of Tennis Terms Everyone Should Know was last modified: February 9th, 2021 by Chris Valentine