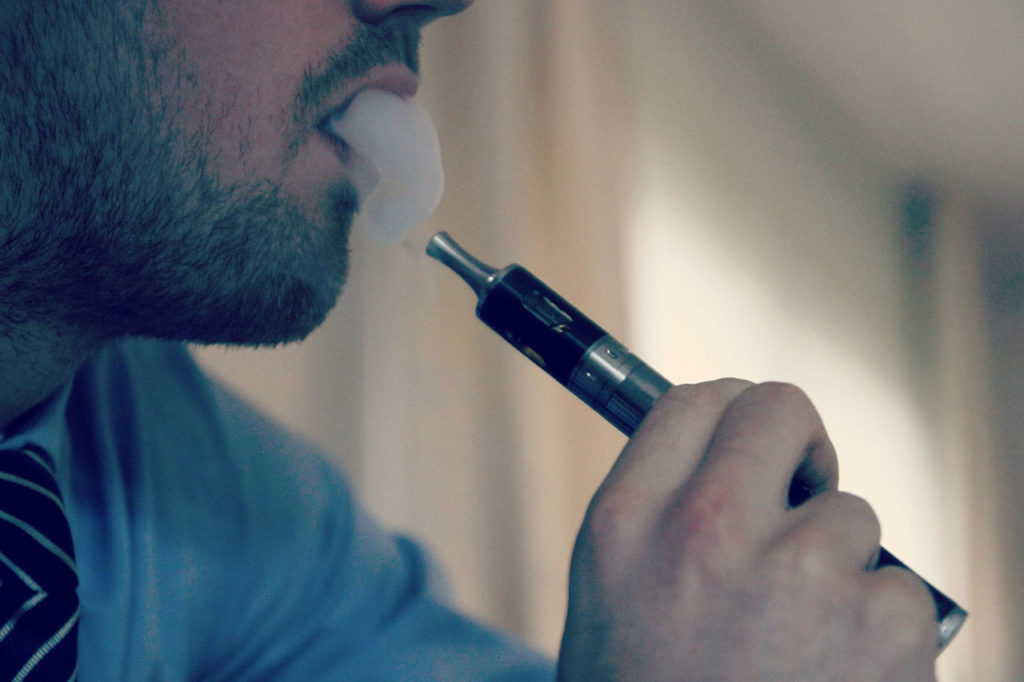 Now that vaping is legal in the UAE, smokers throughout the country now have an alternative way to consume nicotine that most experts agree is significantly less harmful than tobacco. By the time the UAE lifted its ban, the vaping industry had existed for more than a decade – not a very long time for a new technology. Despite its relative newness, though, the vaping industry has experienced several major revolutions over the years that were brought about by the advent of new technologies. The next time you buy a vaping device from a company like E-Cigarette Empire, take a moment to appreciate how far vaping has come in just a few short years. These are the technologies that have transformed vaping.

The modern self-contained vaping cartridge contains both e-liquid and the atomizer coil needed to vaporize it. It might not be glamorous, but it may actually be the most important technology since the invention of vaping itself.

Before self-contained cartridges appeared on the market, e-cigarettes used a three-part design in which a sponge-filled plastic cartridge snapped over an atomizer that was connected to the battery. That system didn’t work well. A plastic sponge is a poor storage medium for e-liquid, and the sponges used in the e-cigarette cartridges of that time often stuck to atomizer coils and melted.

Modern e-cigarettes with self-contained cartridges or pods hold significantly more e-liquid than the cartridges of the past. They also offer far greater vapor production and rarely leak. Most importantly, they are incredibly simple to use and require no troubleshooting. When your e-cigarette stops giving you a good flavor, you simply need to throw on a new cartridge. Vapers in 2010 didn’t have things nearly that easy.

For those who love nothing more than a vaping device capable of producing room-filling clouds, the mesh atomizer coil has been one of the most important developments in vaping over the past few years. While a traditional atomizer coil is made from a wire twisted into a spiral shape, a mesh coil is made from a strip of metal mesh that’s somewhat similar to a window screen. Compared to a traditional coil, a mesh coil has vastly greater surface area while also having lower mass. The reduced mass helps a mesh coil heat up almost instantly, while the high surface area allows the coil to produce enormous vapor clouds.

Fast heating and impressive vapor production aren’t the only benefits of mesh coils. Since they heat extremely evenly, mesh coils lack the hot spots that many traditional wound atomizer coils have. The lack of hot spots helps mesh coils last longer than their wound counterparts.

For many years, the term “vaping” has applied both to e-liquid and to dry herbs such as cannabis. It wasn’t until recently, though, that the e-liquid and dry herb vaping industries began to intermingle and share technology. For herb users, the sharing of technology helped to create a new generation of portable wax pens. Using an atomizer that’s in some ways similar to an e-cigarette atomizer, a wax pen provides on-demand heating for wax concentrates in a tiny package that’s easy to carry in any pocket.

For e-liquid users, technology sharing between the e-liquid and herb vaping industries has made it easy to use different types of media with the same vaping device. Among herb vapers, Its extremely popular to vape thick liquid oils containing THC, CBD or both. Taking standard e-cigarette cartridges and replacing their cotton wicks with ceramic wicks has made it possible to create tiny and highly portable vaping cartridges filled with cannabis oil. If you already own a vape pen, you can switch easily between e-liquid and cannabis oil simply by changing the type of cartridge you’re using. Both types of cartridges will work with virtually any vaping device.

Before early regulated mods such as the ProVari began to appear on the market, the only real option for a vaper who wanted to enjoy better vapor production was to buy a mechanical mod. A mechanical mod outputs the battery’s full available voltage directly to the connected tank or atomizer, enabling the production of incredibly large clouds compared to what the other small vaping devices available at that time were capable of generating.

As great as mechanical mods were for the hobbyist vaping community, they began to show their age rather quickly as coil building became more popular and atomizer coil resistances began to decrease. When you build your own atomizer coils from scratch, there’s always a possibility of building a coil with a short – and a short circuit can cause catastrophic failure to a lithium-ion battery. An extremely high current can also cause a battery to overheat – and the lower a coil’s resistance is, the more current it will draw from the battery.

A mechanical mod has no built-in safety features to protect the user from an unsafe current, a short circuit or overheating – and the lower the resistance of the connected coil, the more likely those scenarios become.

Today, virtually all vaping devices have power regulation circuitry that monitors for unsafe conditions and automatically shuts down if those conditions occur. Regulated mods have made it possible for vapers around the world to chase clouds in almost complete safety.

As great as today’s high-end regulated mods are, there are many people out there – especially those who haven’t switched from smoking to vaping yet – who would rather use vaping devices that are smaller and more discreet. Until recently, though, the problem with the smallest vaping devices was that they didn’t deliver enough nicotine to satisfy heavier smokers. Using a small vaping device would mean cutting one’s nicotine intake drastically.

The reason why the small vaping devices of the past couldn’t satisfy the needs of heavier smokers was because it was necessary for the e-liquids in those devices to have relatively low nicotine strengths. At higher nicotine strengths, standard e-liquid – which contains a type of nicotine called freebase nicotine – becomes harsh and unpleasant to inhale.

The 5 Technologies That Have Transformed Vaping was last modified: January 30th, 2020 by Chris Valentine