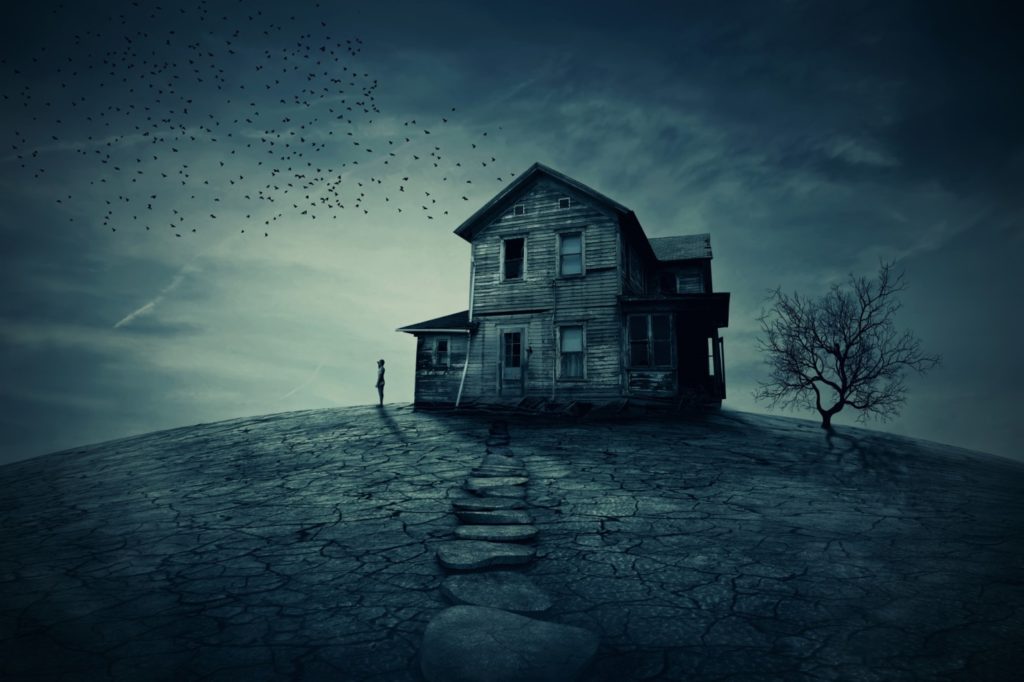 Are you afraid of the dark? Lets put your threshold for spooky to the test. If you love ghost stories, then you’ll love the most haunted places in the world!

Humans are fascinated by all things gruesome and disturbing.

One possible explanation for this is the same that’s behind risk-taking behavior. We know we probably shouldn’t be so interested in such dark topics, but they give us a thrill that we can’t resist.

This natural fascination explains why you’re here reading about the most haunted places in the world. Or even why you’re planning on going on a scary adventure yourself.

Either way, the destinations we’re going to talk about in this article will definitely spark some curiosity in you. They may even end up in your bucket list of places to visit… who knows!

4 of the Most Haunted Places in the World

Anyone who’s seen the Netflix show “Dark Tourist” is familiar with the concept of traveling in search of the scariest experiences there are.

If you binge-watched the show and got a little curious about this kind of tourism, you might be looking for a holiday destination that will send shivers down your spine.

The following four promise to do just that. Good luck choosing just one!

Burg Wolfsegg is a castle located in a remote village in Germany.

Ulrich Von Laaber was the man who got it built, and he lived there with his wife, Klara Von Helfenstein. The two had a troubled marriage and the woman ended up having an affair.

When Ulrich found out, he decided to have her murdered. Ever since then, it’s said that Klara’s spirit has been seen wandering around the castle and causing paranormal activity.

When you think of the Vatican, the first thing that comes to mind is probably the beauty of all the churches.

But this is also a creepy destination.

From the demons that are said to roam around the churches to the cursed ground that St Peter’s Basilica is built on and the multiple apparitions, this place will definitely give you chills.

Want to see this with your own eyes? This tour of the Vatican might be what you’re looking for.

The Eastern State Penitentiary was open from 1829 to 1913 and it held some of the most well-known criminals of all time.

The inmates lived in poor conditions and with strict rules. And when those were broken… the punishments were ruthless.

To give you an example, the most brutal of the punishments was called the iron gag. An iron collar was placed over the prisoner’s tongue and any movement would cause a nasty cut of the tongue. A lot of people ended up bleeding to death.

Since it closed, there have been countless reports of paranormal activity in the prison.

When it comes to haunted destinations, the Aokigahara Forest is probably one of the most well-known places.

If you visit the forest, you’ll see a lot of dolls hanging from the trees, which is already creepy enough.

There’s no phone reception and enough trees for one to get lost there. And that explains the darkest thing about this forest: it is a popular place for Japanese people to go and commit suicide.

Be Mindful of Where You Are

Dark tourism is supposed to be fun.

But you can never forget the history of the place you’re visiting. As much as we enjoy to explore the gruesome and the unknown, some of the most haunted places in the world have a real tragic past that shouldn’t be taken lightly.

When you go somewhere like that, remember to be respectful. And enjoy!

If you want to read more about one-of-a-kind holiday destinations, we invite you to look into the “Travel” section of our blog.

Visit If You Dare: Discover the Most Haunted Places in the World was last modified: July 12th, 2019 by Chris Valentine