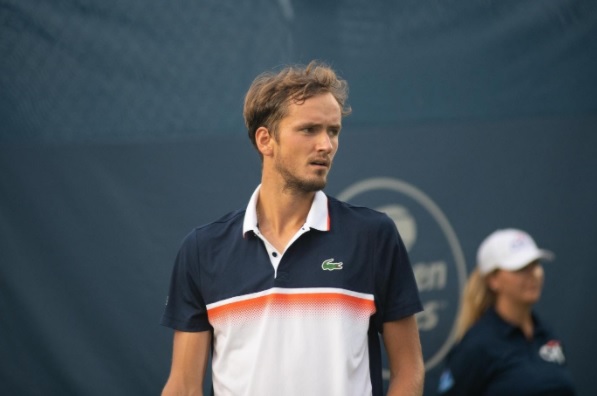 The rise of Daniil Medvedev shows no signs of slowing down. Russia’s young tennis star is continuing to improve with every passing month, gaining more and more experience and developing the kind of winning habit that defines the best champions in tennis.

Victory at the ATP Finals in London recently was the latest step on a road Medvedev and his team hopes will lead to greatness. The 24-year-old performed impeccably en route to winning the title, winning all three of his group games in straight sets, including a 6-3, 6-3 win over Novak Djokovic, before overcoming Rafael Nadal in a hard-fought semi-final. Another titanic tussle with Dominic Thiem in the final saw Medvedev emerge with the trophy, and a seminal moment in the young man’s career.

The victory is perhaps the biggest and most high-profile of his titles won to date. Aside from this most recent success, Medvedev has won eight ATP singles titles, but in terms of magnitude, and the quality he had to overcome to win, victory at the ATP Finals surely stands alone. After all, the tournament is comprised of the undisputed eight best players in the world over the previous 12 months. To emerge as the victor from such a strong field is proof of Medvedev’s ability and talent, but also of a blossoming winning mentality.

“My level of game here, especially the last two matches, is just unbelievable,” he said after the final. “To beat Dominic, the way he played today, is probably the best victory of my life. I know I can play good but I would not have believed this if you told me before the tournament.”

Despite his muted celebrations, you could tell what it meant to Medvedev to win. He may not have shown it outwardly, but such an impressive victory, with so many sensational wins en route to the final, was bound to have left him emotional.

Now, attention for Medvedev turns to registering his first Grand Slam title. With the Australian Open just a couple of months away, it’s no surprise that the Russian is being tipped as a contender for victory in the bet exchange. He’s proved that he has the game to beat the best players in the world, but whether he can find his best form under the pressure of competing for a Grand Slam victory remains to be seen.

He’ll certainly have his work cut out in Melbourne. Nadal and Djokovic will both be on a mission to add to their respective Grand Slam hauls – Nadal to move clear of Roger Federer at the top of the list, and Djokovic to improve on his total of 17 and catch up to Nadal and Federer, who have 20 each. When those kinds of players are on top form, and are singularly focused on Grand Slam success, it can be difficult for players such as Medvedev to compete, particularly over the distance of five sets.

But if the Russian is to one day forge a legacy equally as impressive as those three players mentioned, then he’ll have to discover his own supreme form at Grand Slam events. It could well prove that this ATP Finals triumph is the start of something very special.

Will Daniil Medvedev be spurred on to Australian Open success? was last modified: December 16th, 2020 by Chris Valentine