The very first African American woman to run a Fortune 500 company is Ursula Burns, who heads Xerox. She has announced that, when Xerox will become two companies, she will step down from her position. The fact that African Americans are underrepresented in corporate America is no secret. Ursula Burns Xerox CEO and Charles Phillips Infor CEO, mistress and master of their own enterprises, are two of the very few. But Ursula, who is not just African American but also a woman, is one of even fewer, and she has retiring. 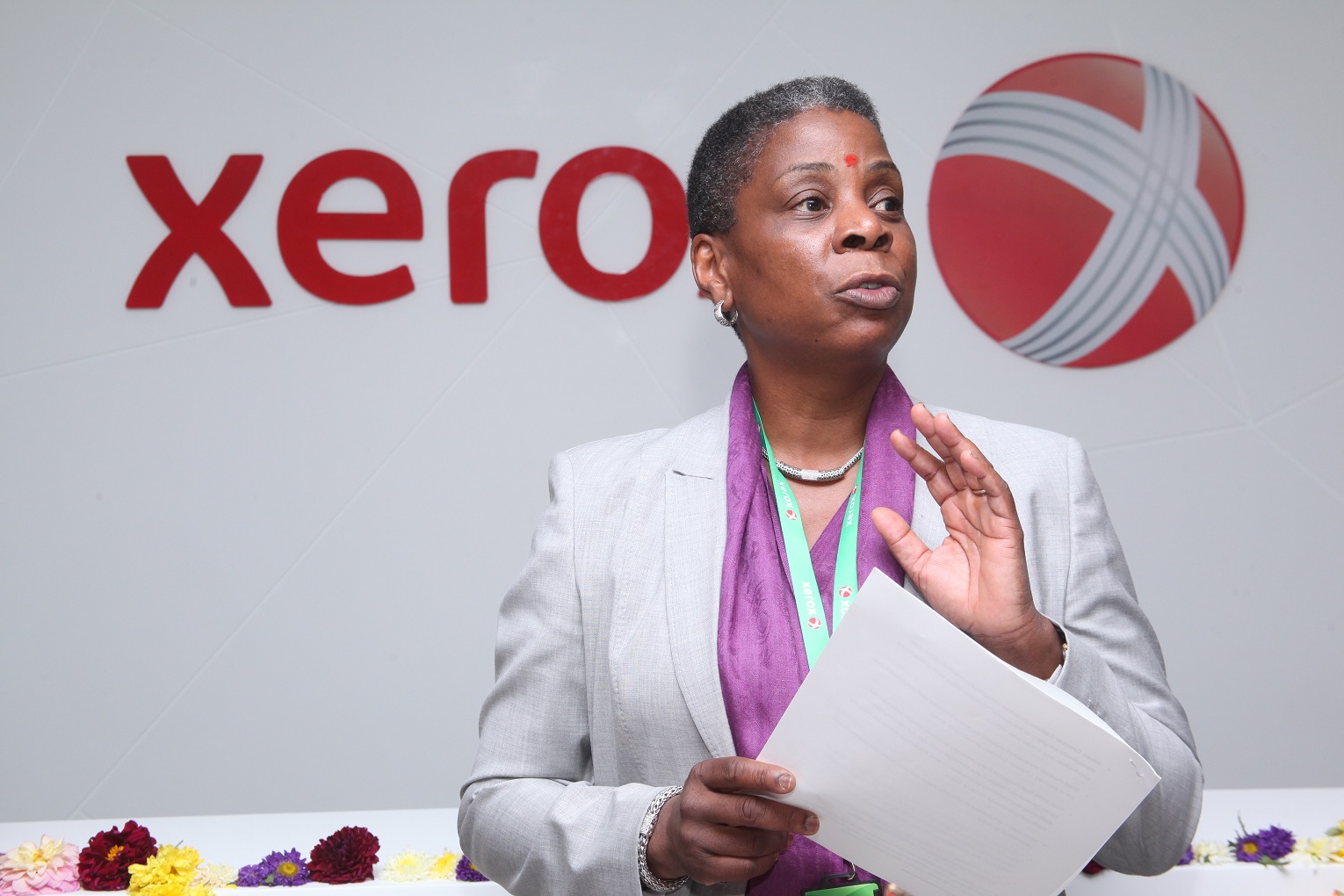 Burns started as a summer intern at Xerox, and she climbed the ranks until she became CEO. When the company splits, there will be a section that focuses solely in printer, copier, and documentation technology. Burns will continue to be chairman of the area. The business services area will have nothing to do with her. Neither of the two elements has a new CEO yet.

Burns herself has said that she is already looking for new leadership, and she is proud of the pool of talent that is already working for Xerox, which could suggest the new CEOs will come from within. That said, her departure continues to be a backward step, unless she is replaced by another African American female CEO. Once the company splits, however, there will not be a single company in corporate America anymore that has such a figure at its helm. Burns’ departure also lowers the number of female CEOs at S&P 500 companies to 23, very few of which are minorities. While Indra Nooyi, CEO of PepsiCo is Indian born, she is one of the very few others who is of an ethnic minority. In fact, out of all Fortune 500 companies, only 2.8% of the directors are black, Asian, or Latina women.

Xerox has seen its profits shrinking by as much as 85%. They have also stated that they would pay more for breaking up than anticipated. As a result, workforce has been cut back significantly, with some 8,300 jobs lost in the first three months of year. Xerox has been operating for 109 years and Burns has been at the head of making it a strong unity, including through acquisitions. As such, the split is also a step back for what Xerox stands for.

Burns started work with Xerox in 1980. She came from the projects in the Lower East Side of Manhattan and has always been proud of her heritage. She has, as she calls it, ‘three strikes’ against her: she was poor, she is a girl, and she is black. But she showed the world that anything is possible. She replaced previous (also female) CEO of Xerox Mulcahy in 2009. Now that she will step down, many worry about how women can continue to be represented, as well as African Americans. Diversity in America’s largest companies will then be at an all time low, and it is hope that new efforts will be made to rapidly increase those figures.

The Demise of the Black Female CEO was last modified: August 27th, 2016 by Chris Valentine